Make a square, split each side into two halves, producing four cells. Put a circle into each cell such that it fills it completely. There is a small gap right in the middle of the square. Put a circle there again such that it touches the other four circles. The central circle is obviously inside the square, right? Yes, but only if the dimension you are in is $D\le9$. Above that, the central cicle actually spills out from the cube, despite the $2^D$ spheres in their cells keeping it in. In this post I present this simple-to-compute yet utterly counter-intuitive result.

Let’s do it step by step:

Notice, however, that $r(D)$ is monotonic and unbounded from above in $D$. This means that as the dimension grows, the central sphere will grow in radius, while the linear size of the cube stays the same. At some point, the sphere must stick out of the cube! And it isn’t even such a high dimension you need for that to be the case: $r(D) > 2a \implies D > 9$. 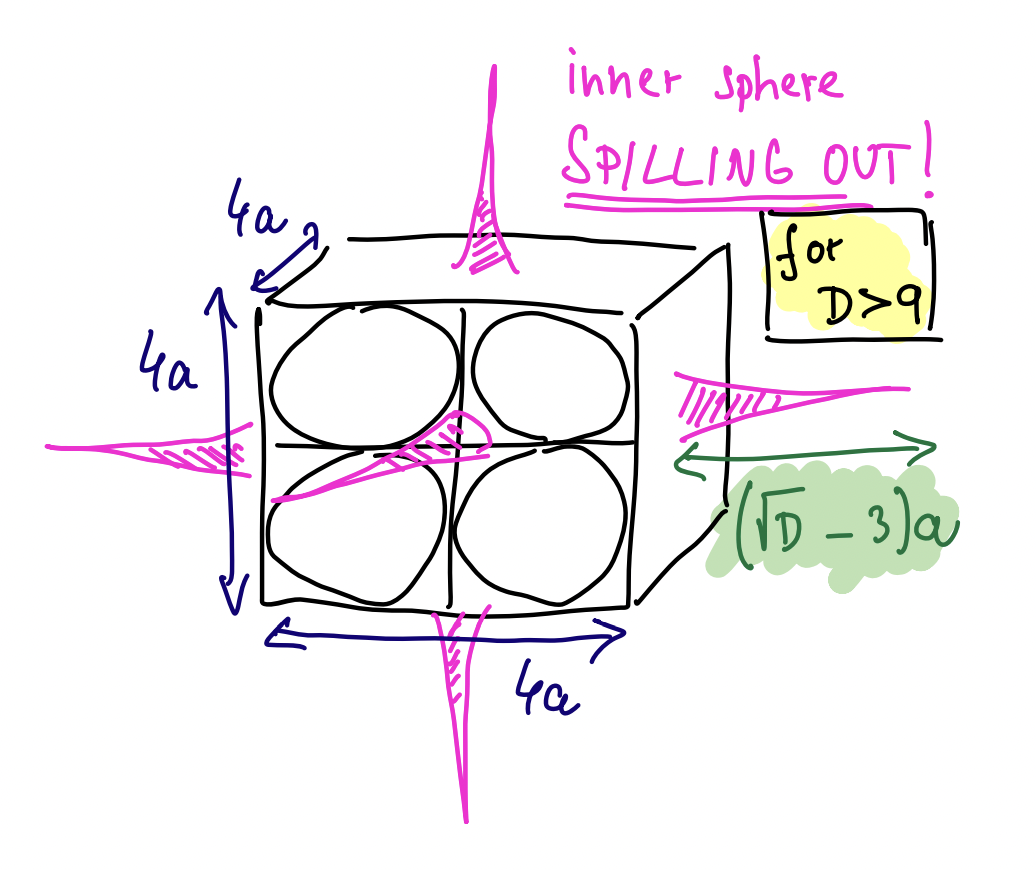 For dimension $D>9$, the simplified, three-dimensional-turned-two-dimensional mental picture is of a cube from which parts of the inner sphere are sticking out through the middles of the cube walls.

This is a pretty intuitively unnerving result for me! It also goes against an intuitely strong principle that an exponential number of constraints (here the $2^D$ spheres in their respective cells) should be sufficient to constrain things even in high dimensions. On a vague level, this reminds of the recent Basins with tentacles paper by Yuanzhao Zhang and Steven H. Strogatz.